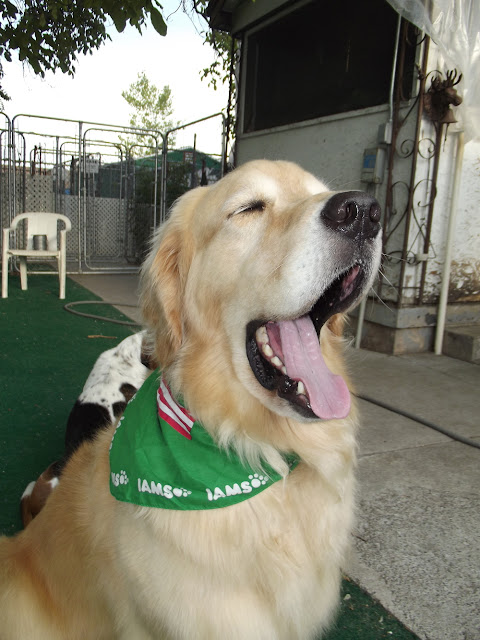 Well the day is finally here everyone and I am so excited to show you the jumping contestants.  No, really, I am.  I'm not yawning in the picture above, I am just taking in air.  Lots of air,  deep breathing, stuff like that.  It is not a Yawn.


"Well everyone, I am sorry, it appears the Bert has gone to sleep.  He stayed up really late last night doing the video, over and over.  So if you don'T mind, I won't wake him, I'll just introduce the Pole jumping contestants."


"Bert and I want to thank everyone who sent in their entries and tell you  that we think you are all 1st placers."


Enjoy by CLICKING HERE  or on the video below.

BERT! BERT! Dude how can you sleep through an exciting event like that? Wow was there some incredible athletes. Jumping beans have nothing on this field of pole jumpers. BERT!! Are you awake now. OK I'm headed over to the other events if ya want to come. Dude I'm so stoked over this Pole Jumping I think I can just leap over all the nose to butt traffic. Thanks for hosting. See you in the morning. Tell Allred I am coming.
Blessings,
Goose

Wow Bert! Dude! Those are some PAWSOME Jumpers! You are a wonderful host! Hey! Have you heard from Nellie and/or Allred?
Kozmo at the Cat From Hell

Looks like you've got some good jumpers there Bert.

I'm horrified at the thought of Allred and Nellie shacking up... he HAS been fixed, right?????? Please tell me he's been fixed!!!

WOW..that was sum Pawsome Pole Jumping! The Blogville Olympians will go down in history as sum of the bestest in the history of the Olympic Games!

Bert, thank you for hosting this most wonderful event. Everyone is so athletic, I am so amazed by all that talent.

Well done to everyone!

The Furries of Whisppy said...

Great video, Bert ! I love all the participants - they are all so athletic !
Great job !
Kisses
Iris

What a great event! Look at everyone jump!!!

Amazing display of athleticism. And the other doggies and critters aren't so bad either.

Very good Bert we enjoyed that. Sorry that ours wasn't included though but nevermind. Have a great day.
Best wishes Molly

Such grace Such style Oh Yes it made me Smile :D Fantastic Entries by ALL! Talk about catchin some Air Wooweee! :D Bert this was so much FUN! Great video you produced my furiend! Superb! Thank you for Hosting such a terrific event! :D

Waggin at ya,
Roo

Hey Bert, that was awesome.....hope there are no sore muscles on our athletes due to all that jumpin'!

Bert these athletes are the best in the world at Pole Jumping. They are the HIGHEST Jumpers I have EVER seen. They FLEW over the Bars and thingys. BRAVO to THEM... and Bravo to YOU.

THIS was a THRILLING Event fur SURE.

MOL MOL MOL Bert mom and I were doing a "pole dancing" to that fantastic song. We have never heard it before!!

This woz such a claw biting event I woz sitting on the edge of my doggie bed the whole time! Nice job on this competition!

Wonderful competition. We loved the video and the super dog song really made it special.

Have a great day.

What an awesome event Bert! You were a great host (when you were awake) but we know just how tiring it can be putting this all together. So yes, you did deserve a big nap.

Kudos to all of those amazing athlete's!! The strength, the stamina, the creativeness of things to jump over. I not only agree that they are all Gold Medal Winners, butt I think we'll be seeing everyone walking the red carpet at the Oscars too!

I told Muffin not to talk during the movie but she let out a BIG GASP when she saw our BFF Nola jumping really high like she did.

OK, the lights are coming up now in the theatre so we're off to the next venue now.

That was the coolest event EV-AH!!!! Thank you so much for doing such hard work to put it together.. and thanks to all the athletes for training so hard and putting forth the best effort ever!

Oh my dog Bewt
what a competishun
I knew the long legged doggies would be flying like biwds ovew those baws, but what a gowgoos display of talent and heawt by evewyone..Einstein's leap was monuumentaln as wewe daxies..wow!!!
gold medals all awound
I hope you woke up in time to see it all Bewt
Thank you fow hosting this exciting event
smoochie kisses
ASTA

Hey Bert!
Wow, you had a great group of athletes for this event! Yeah to Einstein...love those exotics. Everyone was is top condition and we really flexed our legs. Thanks so much for hosting this and for making a fun presentation for it.
Grr and Woof,
Sarge, Athlete

Man we got a lot of poles in Blogville, Heeheehee

Bert no worries we just thought as ours was a bit different it might not have fitted in. Thank you for popping by. To be honest with all the work you all have done there will be the odd slip up. We entered all the events as we couldn't leave any of the great hosts out. Well done and we did enjoy it.Take care.
Best wishes Molly

Thanks for hosting. Great video. We had so much fun participating.

Look at those moves!
Benny & Lily

That is a lot of jumping! Well done :D

Jump! Jump! For joy! That was spectacular and makes me want to jump through the day! Love it! Happy seeing beautiful, Bert...or maybe jumping really. ;)

Most Excellent!! And the music is very fitting as well! Well done my friend!

The song HAD to wake you up!

What a great host you were for all the pawmazing jumpers!

You did a fine job. Now go get some much needed rest.

Wow that was pawsome! Great job my furiend!
Nola

Bert, You and your mom did an excellent job on the video-well done and I love the song!!!!! Great contestants, every single one.
Woofs, Hunter & Noreen

The Army of Four said...

Wowzers! Great event, Bert, and what a great job you did hosting!
Play bows,
Zim

Those are some pretty awesome jumpers!!!

We surely did enjoy all of those fabulous jumps! Great job everybody!

Love ya lots,
Mitch and Molly

I really enjoyed this event ~ the music playing while the athletes performed was marvelous. I wish I had entered your event Bert.
Sweet William The Scot

The World According to Garth Riley said...

::clapping paws:: Bert, you did a great job on the video! all of the competitors were wonderful! thanks for hosting!

Love the video. Great job putting it together.

That was a great slideshow. You are right. They are all winners.

Great video! Wow, we were up first! That was a great honor for us! Thanks for putting together the video and hosting the event! It made our Mommy proud to watch!

Woof to you Bert!!!! Many thanks to you and your Vickie for an extremely entertaining event. I was humbled and amazed by all of the Olympians, but in fairness, mostly by you. I truly hope that my assistant is able to get a decent photo of me jumping so that I can submit an entry next year. Much love to you - XXOO - Mazzie

Whoa - I'm worn out from watching all that jumping!

Bert!!! I am back! I love these photos. All the competitors are so amazing. I am writing you an email...it's personal.

My homepage having trouble getting pregnant after a miscarriage