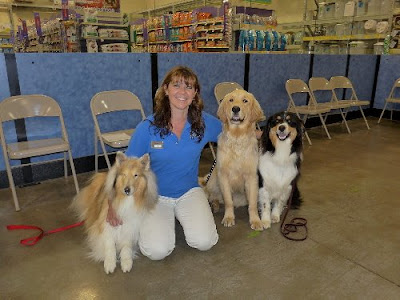 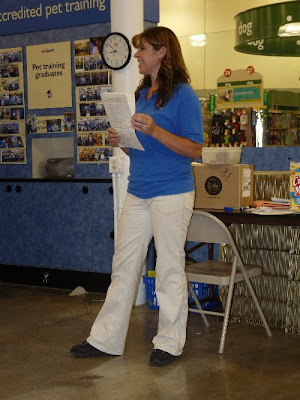 Wahoo, I am only one year old and I am a High School Graduate. Vickie was very proud. I did have to take one of the test problems twice but that was only because the problem went past the “Treat Table” and I never forget a “Treat Table” and the joy that it brings me.

Now that I am a graduate, I feel a little bad because I will really miss my teacher Tonia. She is so neat. She is always smiling and all us dogs love her. She never forgets our name, like Jamie said she went into Petsmart with Vickie years after she first met Tonia and Tonia remembered her name….Vickie can’t remember peoples names for more than a few minutes. Tonia must be one of the smartest humans in the world. She never forgets….. 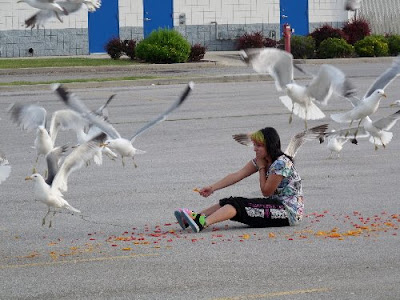 I think it will be ok though cause I heard Vickie and Tonia talking about another class called a “Rally” that starts in the fall. If I am good, maybe Vickie will take me to that class. I would really like to see Tonia again and again.

After class we went outside and met these really cool kids. They were feeding the seagulls. I went over to greet them because they seemed so fun. I got to spend about 20 minutes with them. They had some goodies that the birds liked and they shared them with me. I liked them too but they gave me gas later……They were a bit spicy. I hope the birds were able to tolerate them better than I did. Whew the smell. 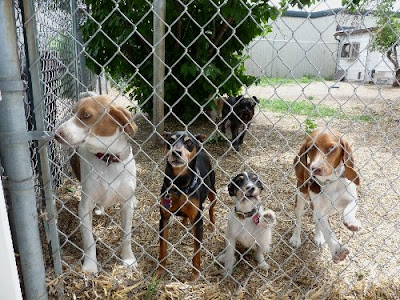 We had some really great guests at the day care this week. Hazel, Ollie, Trivet, and Abby the Jack Russell, gave me a great run. We chased around for some time, but then I got tired and begged Vickie to let me out of there. Those Jack Russell’s really can go and go and go….. 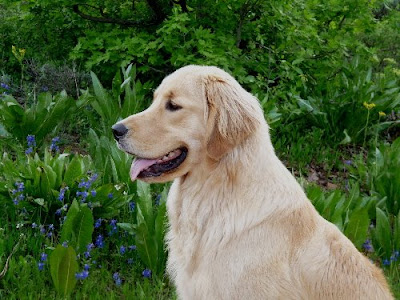 And for the best part of my week, Vickie and I went camping. It was my first overnighter in the woods and I think we should do a lot more of that. We drove the truck up to the top where Vickie has the little trailer. (yes, Vickie doesn’t camp camp any more, she figures she did enough of that over the years in search and rescue. She wants to sleep inside on a bed)

So we took up a big cushy thing to go on the bed in the trailer, dropped off our dinner and breakfast, then hopped back in the truck and drove it back down to the main road where we got on the ATV (I hate the ATV) and went back up.

Now Vickie tried to consol me and explained that we couldn’t leave the truck up at the top because it was supposed to rain and she doesn’t have four-wheel drive. She said if the dirt road to the trailer got too wet, we would be stranded up her for days. 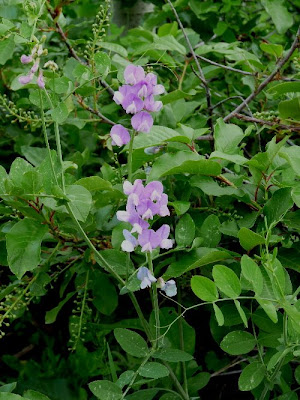 I thought that was a pretty good sounding idea, until she reminded me that we only had enough food for two meals. Well I just can’t go without food cause I love it sooo much so I accepted the fact that I would have to ride on that bouncy old ATV back up to the trailer.

It wasn’t such a bad ride and in the end it was totally worth it. When we got back to the trailer, Vickie put the ATV in its spot and that is where it stayed. Instead of riding all over the mountains we hiked them. I have never had so many smells to work with. There were smells of big moose, little deers, squirrels, funny looking birds and flowers flowers and more flowers. 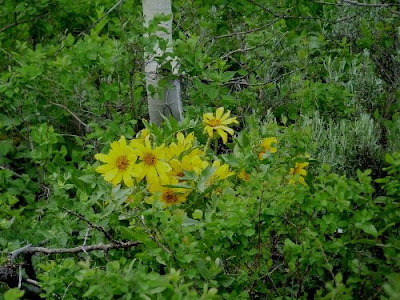 It was so quiet too. And green…. We only saw one human being the whole time we were hiking. By the time we got back to camp, I was exhausted. My nose hurt from smelling so much and my mind was numb from all that I saw and did. It was super.

By the time we went to bed, I could hardly jump up onto my cot. I slept through the whole night without waking up once. Vickie says she tried to wake me up once around 2 am to see if I wanted to go outside to go to the bathroom but I was out cold and she couldn’t get me to budge.

I woke up to the smell of nature at its finest. I know people don’t think us dogs appreciate this kind of thing but “Let me tell you” Nature is the best…….. 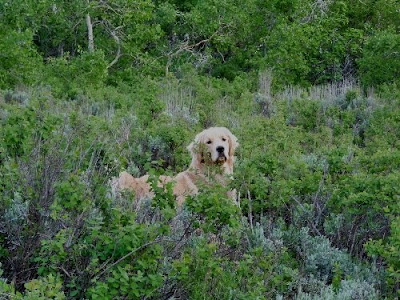 Vickie promised we would bring Jamie next time and also that we would wait until the weather is a little better so we can bring the truck all the way up to the top and not worry about getting stranded by wet roads. (or having to ride on the ATV. I really do hate that thing)

I bet it means that I don’t’ get to run and play with a Moose. There was a very strange “warning sound” in her voice when she was talking to me about it.

I’ll keep you posted. I am actually pretty excited to meet one of these things. I just hope they like me…….Vickie showed me a picture from one that she had as a neighbor last year. Now that doesn’t look like anything to worry about to me…..what do you think? 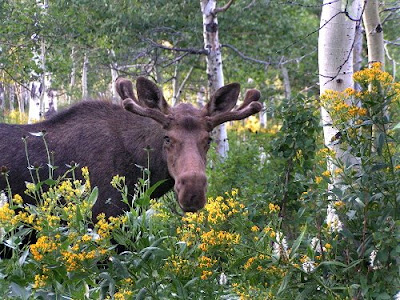 Well, I am off now but I wanted to send my get well wishes to Jared cause he got his appendix out. Just want you to know, I understand your pain, I mean, I didn’t have my appendix out (I don’t’ even know if dogs have an appendix) but I did have some rocks removed so I kind of understand. And Whitney, I just want you to know that Vickie is always telling Heavenly Father to watch over you too since you are going to have another surgery on your heart.

She sure talks a lot about all her nieces and nephews. She really loves you guys. I can’t wait to meet you, just to see what all the fuss is about.

Love this blog. maybe it will be the only way I will get there this year...and maybe not! It is beautiful and Bert is one lucky dog.