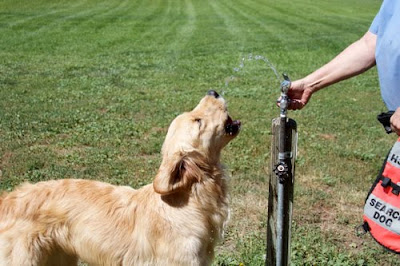 So here we are, one week after the big Bear Lake Trip. Not much has been going on, well at least that involves me. Last night Vickie left after work and went up to her moms house cause Corbon and Jason had come over from Boise.

She didn't have a real good excuse for not taking me and she looked pretty guilty as she locked the gate and said good by to Jamie and I. Even our drooping hang dog looks couldn't guilt her in to taking us. 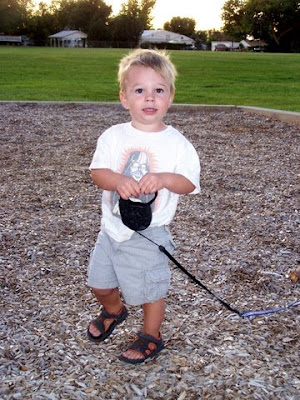 I mean, I know that KC got to go. She tried to hide the fact in the above picture but I know that is KC's leash in Corbons hand and he "ain't just draggin a stuffed toy" 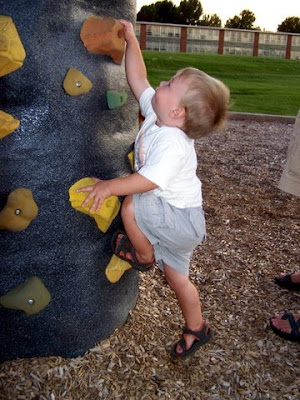 As for the climbing wall, Corbon could have used my help there. I would have showed him how to work that thing with no problem. I mean, I am THE BEST SEARCH DOG IN THE WORLD.


Earlier in the week she did take me to a demonstration up in Ogden. I got to help explain what to do and how us dogs work when people get lost in the woods. In the picture below, Vince was playing like he was dead and I was trying to explain to him that you don't usually grin when you are dead. 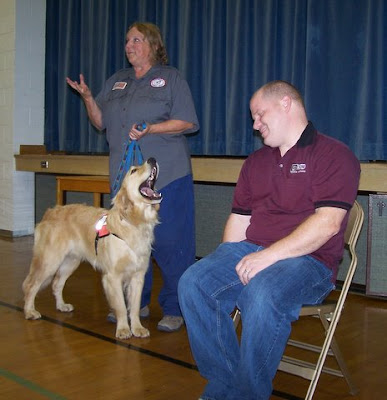 After the Demo Murphy did his regular thing. He is just a big cuddly pillow and the girls all like to rub his belly and lay on him. I tried to tell him to put his leg down a little cause it looks like he is peeing on her, but no one seemed to be paying attention to me at the time. 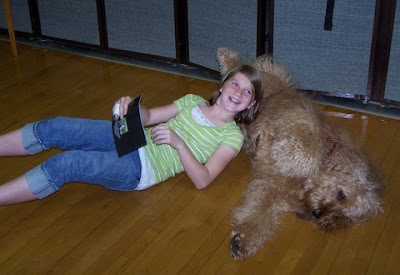 OH well, it was great fun and I got to meet a bunch of really cool girls. 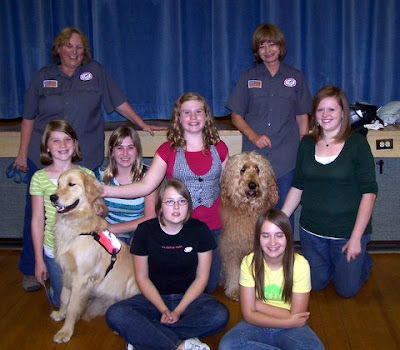 She left me again on Wednesday afternoon when her and John went up to "Her Mountain"
as she calls it, to look for moose. I have to admit that when I saw the pictures, I was amazed at how beautiful it was that day.

Vickie said I wouldn't have liked it because they spent most of the time on the atv's riding around looking for fun wildlife. They came across this young badger that was very curious about them. They watched each other for about 15 minutes. Clem, (that is the name Vickie gave this little guy) kept ducking down into his hole then popped back up again seconds later to see if Vickie and John had dissappeared. 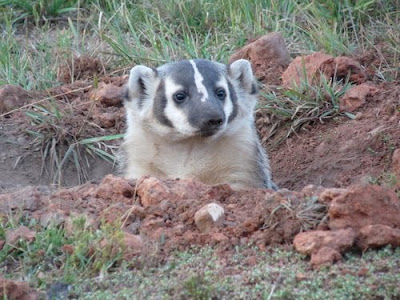 A little bit later and about one mile away they came across two of the most beautiful moose that Vickie had seen this year. One had nine points and the other, the big guy had 13 points. Now I don't know what that means but Vickie says, it is really cool in moose talk. 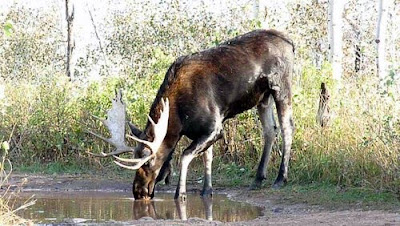 Vickie didn't get as close as John did to the two big fellas, but she got too close for comfort if you ask me. 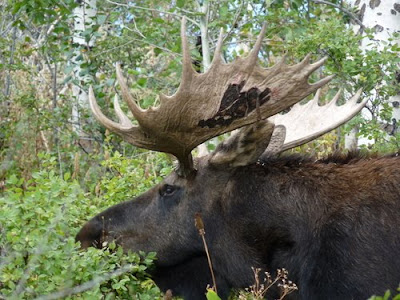 John got way too close. 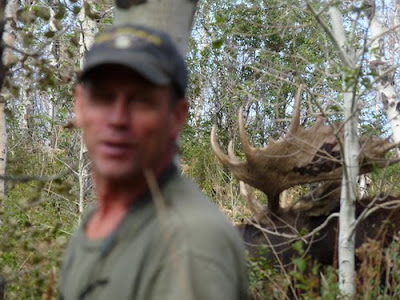 AS the sun went down Vickie and John headed home. I guess it is ok that they didn't take me. I really don't care for the atv ride that much. I do miss the fact that we haven't been able to go camping this week though and according to her, we won't be going up next week either. 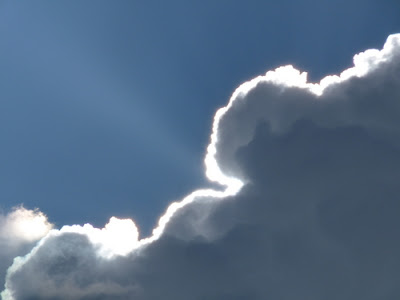 She did tell me to get plenty of rest because the week held a lot of traveling for me and several demonstrations.. One as far away as Soda Springs Idaho. That means a stop in Bear Lake on the way home. That means swimming...... Yea. do I wrapped myself up in my blanky and now I am going to sleep...... 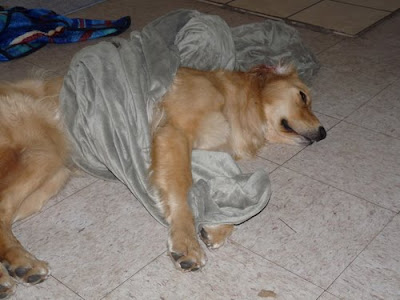 Don't show Jason where Clem lives because he might blast her.

wow that is amazing. love the badger video he si so CUTE