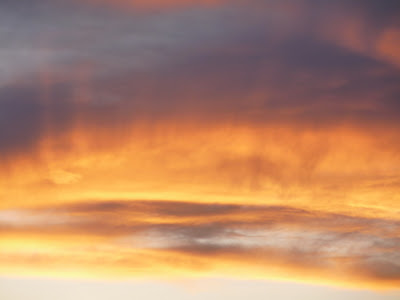 The sunsets were beautiful this week. I kind of liked the weather too. It seems to be cooling down a little and that is good since the air conditioner in the house has died.

I kept hoping Vickie would fix it, but she just tells us to go stay with the dogs in the kennel where it is air conditioned cause she won't pay the money for another one in the house.

I give her a 95 degree day and then I predict, she will break down and buy one for the house. 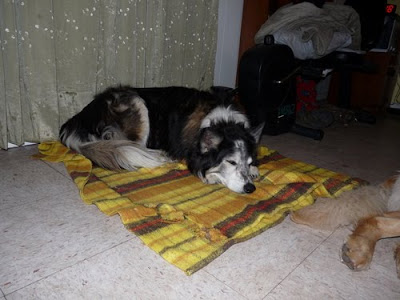 Jamie is sleeping a lot these days. It must be that it is hot and muggy outside and it wears her down. I think Vickie is going to leave me at home this week and take Jamie on the overnight camping trip because she hopes it will cheer Jamie up a bit. I guess I can give up one trip to the mountains for Jamie, after all, she is my mentour, my teacher, me example. 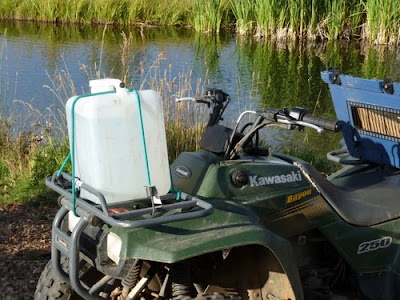 At last weeks campout I finally figured out how to ride on the atv and not make Vickie mad. I learned how to balance myself and not run us off the road by leaning from one side to the other while standing with my front legs on Vickies shoulders. I think I may have changed her mind about taking me riding more often.

When she first stopped taking me on the atv I was pretty pleased cause I don't really like it, but then I realized by not going on the atv, I was missing out on seeing a lot of different places and a lot of fun lakes and ponds to swim in. Now that I have figured that out, I made a bigger effort to learn how to make it more pleasant for both of us. 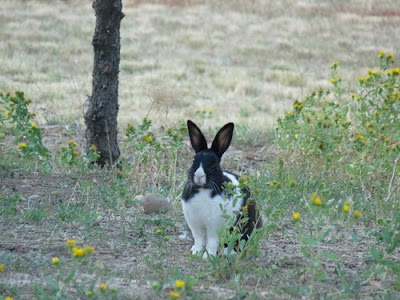 I met a new critter this week called a rabbit. There are a whole bunch of them up where we go camping and I never knew it. Vickie makes me sit at the truck and wait for her while she gets the atv ready and I dont' mind waiting there cause I can watch these little guys. This week, she let me go up to meet them.

I went very slowly so I wouldn't scare them, but they still were a bit standoff ish. All accept this guy. He was pretty cool. Vickie doesn't know his name so I decided to call him "Rrrrwwrroff" I say his name quietly and he just looks at me, turning his head from side to side. He likes it when I say his name long and low. "Rrrrrrrrrrrwwwwwrrrroooooffff" Its a good rabbit name.

I think the other ones were jelous that he got a name and they didnt'. 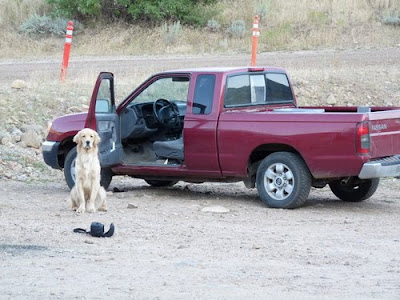 Like told you earlier in the blog, we got to go to Camp Bartlett in Idaho this week too. It was a pretty long drive but it was waaaayyy worth it. When we drove up these two girls came up to the car and greeted me and Murphy. I also met a fun young man during the day and some other kids. 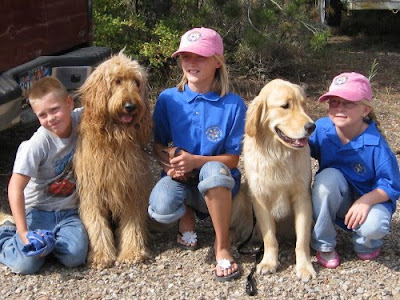 During the day, Vickie spoke to the search and rescue people from Idaho on how to use dogs in a search, showing them how scent travels on land and in the water. Then after she was through her and Paulette said Murhpy and I would be happy to show them how we find people if they get lost. One really nice lady volunteered to hike up into the mountains somewhere and wait until Murhpy and I could find her.
I am a little emberrassed to say that Murhpy found her first, but I was only a few minutes behind him. Camp Bartlett is a wonderful place to practice being a search dog and I hope that I can go up there again. Vickies says that I get to go to Bear Lake next week for the anual Water Training with the Bear Lake Divers and SAR team and that if I remember from last year, I will really enjoy that day too. 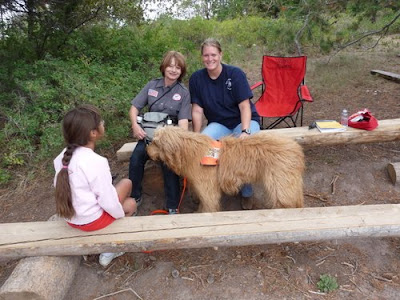 After we found our lost person, we went back and I got to swim in the lake, then some of the kids came over and wanted to get their pictures taken with me and Murhpy. I like kids....they are really fun. Some of them want to take me for a walk. I get a little nervous leaving Vickies side, but when I get going with the kids, I forget all about her and just enjoy the company I am with. 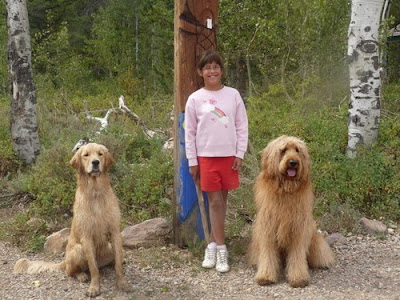 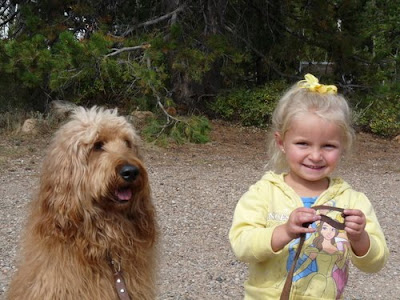 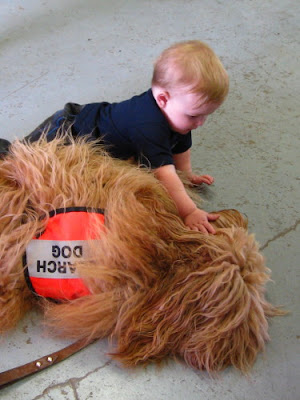 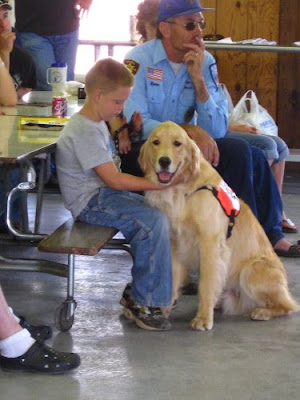 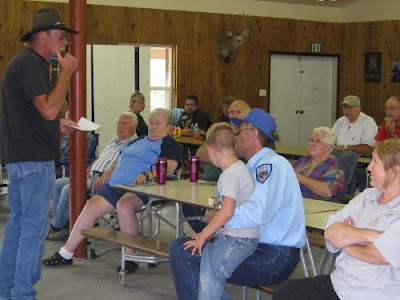 One bad think happened at Camp Bartlett but I was lucky this time. While Vickie was busy talking to the search and rescue people I found this little box filled with little green crystal like tasties so I started eating some of them.
For the first time in a long time, I didn't think these were tasty enough to eat too many and I guess that is a good thing because I later learned that this was called Decon and that it was poison.
As soon as Vickei realized I was tasting this I was forced to drink a whole big bowl of water. It was a lot of water. Paulette had some powder that made it taste pretty good so I drank a lot of it happily. But after a while, Vickie had to force me to drink more and more of it.
then because they decided I couldn't of eaten too much of the stuff, Vickie went back to the group and kept talking. She let my friends hold me while I waited for her to finish. I didn't get sick at all but boy I had to pee a lot. 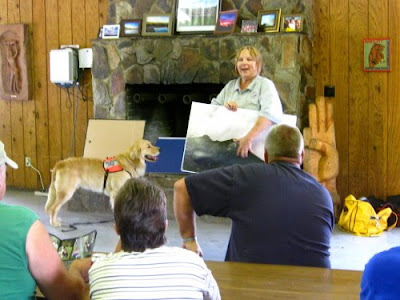 Finally it was time to head home so Murhpy and I were shoved into the back of Vickies truck and off we went. It wasn't too bad though cause I was really tired by then. I just fell asleep over Paulettes shoulder while Murhpy hung his head on Vickies neck. now I am crashed out on the floor quite content with the activities of this week. 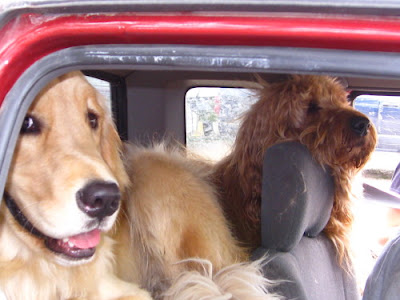